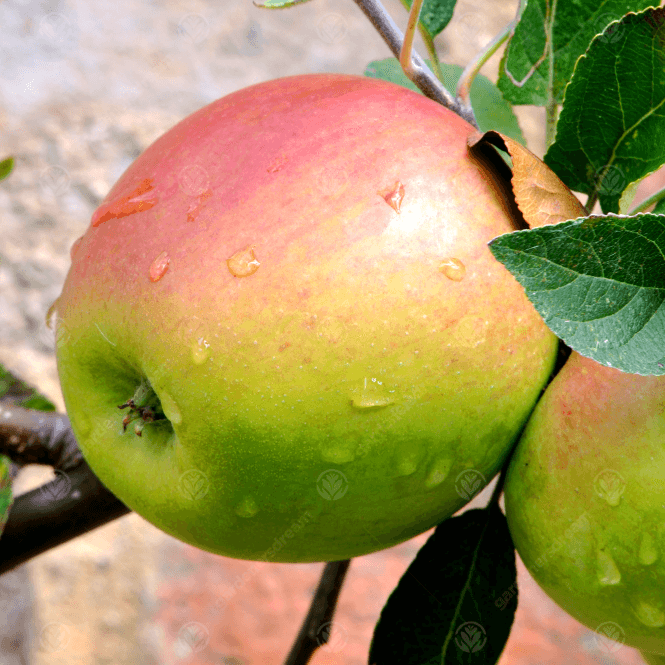 The Malus domestica ‘Laxton’s Superb’ is a late-season dessert apple, Laxton’s Superb have the typical orange-red flush which is common in many English apple varieties.

Laxton’s Superb is accommodated by pink flowers in the Summer, followed by medium to large, sweet, juicy dessert apples with a firm texture in the late Autumn.

The Malus domestica ‘Laxton’s Superb’ was first introduced in 1897 in Bedfordshire by the Laxton Brothers, who were well-known apple breeders at the time.

M27 (Extremely Dwarfing) are suitable to grow in small gardens where the soil is fertile. Plant in weed & soil-free grass and water during hot seasons. The tree will start fruiting after two years with an ultimate height of around 1 - 2m.

Be the first to review Laxtons Superb Apple Tree. Write a review