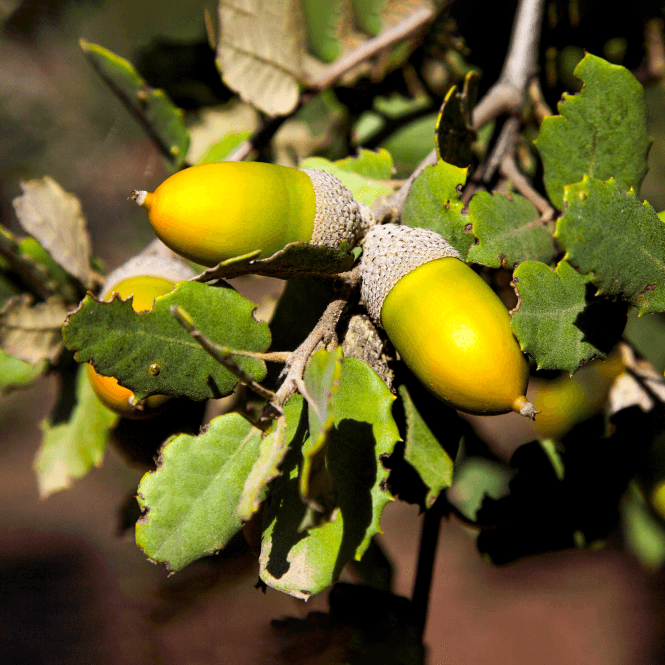 The Quercus ilex more commonly known as the Evergreen Holm Oak is a large evergreen oak tree. Dark green ovate leaves accommodate the branches throughout the year, the younger leaves are often spiky and resemble holly leaves unlike the mature foliage which have smooth edges.

During Spring the yellow catkins can be seen on the branches in large quantities. After wind pollination the female catkins develop into acorns, young acorns are green and turn dark red-brown once mature before they fall. These acorns are particularly popular with squirrels.

Holm Oak timber is very hard and strong, the Romans would use the wood to make agricultural tools as well as wheels for carts and carriages. Today the timber is occasionally used for firewood as it is slow burning and long lasting.

The Quercus ilex is also particularly tolerant of sea-salt spray so will cope well in exposed coastal or inland positions. It is ideal windbreaker in coastal gardens, it will thrive in both full sun or partially shaded locations.

The Quercus ilex won the ‘Award of Garden Merit 2002’ from the Royal Horticultural Society.

Be the first to review Quercus ilex Tree. Write a review