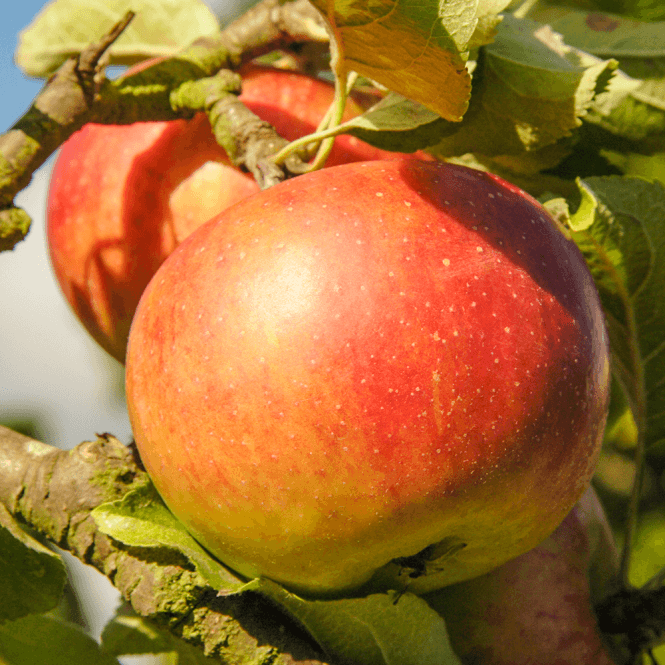 The fruits should be ready to pick in the middle of October and peak in flavour after a couple of weeks storage, ripening period. If stored appropriately - in a cool dry place - they will keep until March.

The Pixie apple was developed at the National Fruit Trials farm in Kent, England. The first seedling was discovered in 1947, after many years of development they received the ‘Award of Merit’ form the Royal Horticultural Society in 1970.

MM106 (Semi-Dwarfing) are suitable for all forms except standards. The apple trees are tolerant of various soils like grass orchards and poor soils. Widely used rootstock, but not for small gardens. This tree will begin fruiting after three or four years with an ultimate height of between 3-4m.

M26 (Dwarfing) are good for spindle bush, espalier and ideal for containers. Typically starts fruiting after two or three years with an ultimate height of between 2.4-3m.

Be the first to review Pixie Apple Tree. Write a review