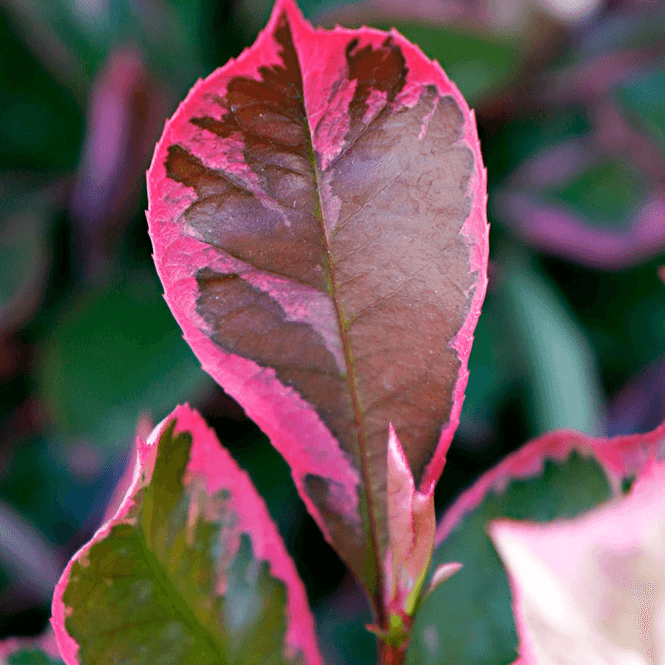 Photinia X fraseri Louise is a hardy evergreen shrub, that was discovered in Scotland and was named after its discoverer’s daughter. The foliage is coloured all year round producing pink and red markings which mature to a green with a cream trimming.

The Variegated Photinia typically produces two or three flushes of new pink shoots per year. In Spring, clusters of small white flowers appear which compliment the varicoloured foliage, they also emit a pleasing fragrance throughout the garden.

Due to the Photinia X fraseri being very low maintenance they are commonly used for evergreen screening and hedging. Its upright, bushy branching habit makes it an ideal choice for hedging. The Photinia X fraseri also looks stunning in mass plantings because of its varicoloured leaves which create a multi-coloured effect.

The Variegated Photinia thrives in fertile, well-drained soil in either full sun or a partially shaded area.

Be the first to review Photinia x fraseri Louise Tree. Write a review