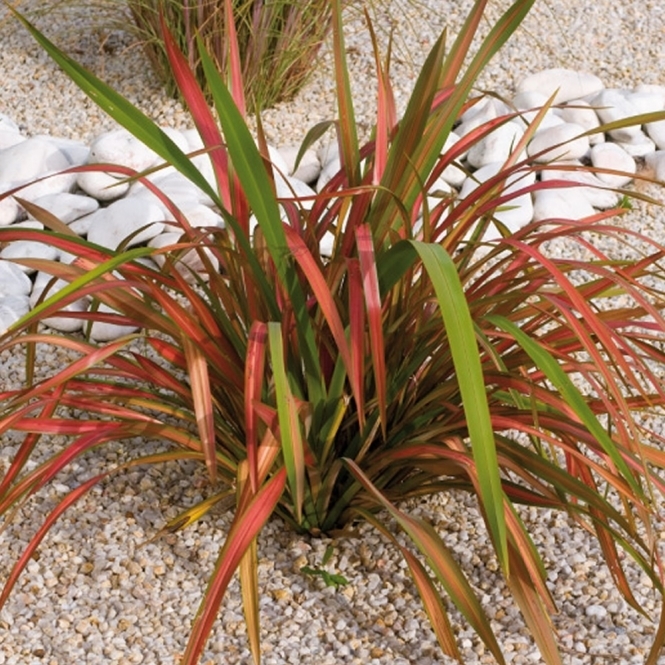 Jester Flax can be a single garden specimen with attractive foliage that will stand proudly dominating other border shrubs in colours and elegance. It has beautiful long sword-like leaves with a vertical middle salmon red band, margined with olive green. These leaves grow in a perfect arching manner without spreading sideways.

In summer, Phormium Jester will produce red tubular flowers on long stalks emerging from the base of the bush. Hummingbirds will follow these flowers even though they bloom occasionally and are insignificant in size and appearance. Phormium plant is grown for its decorative and ornamental foliage in coastal regions of New Zealand.

Jester will thrive in a well-drained soil, mulched with a layer of organic mixture to retain moisture. Its roots will not tolerate clogged water. Allow them full sun to partial shade but avoid hot afternoon sun. Jester will thrive indoors in low light areas.

These are easy to grow plants that need low maintenance. Prune them to remove any damaged leaves annually and that will be sufficient. Grow Phormium Jester as a border or specimen in containers in a coastal garden. These are excellent plants on a patio for a tropical feel.