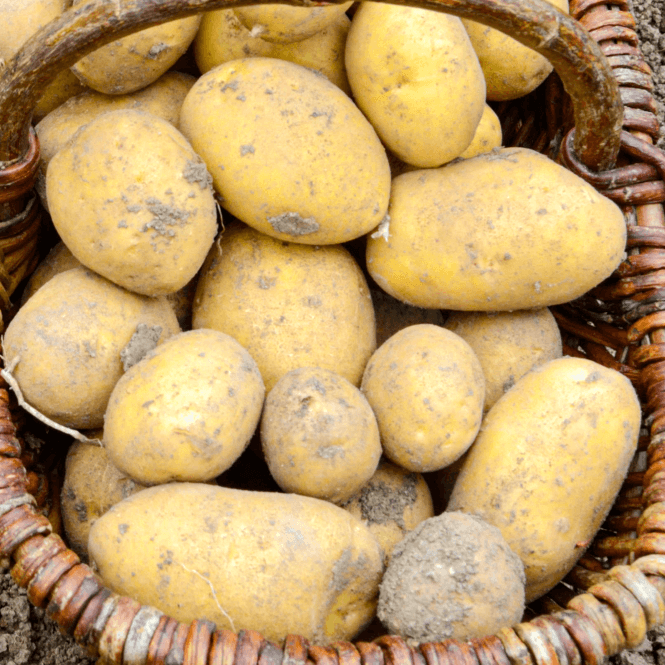 Supplied in 2kg Bags
Item in Stock Item out of Stock   |   Usually dispatched within 24 hours
Loading...

Albert Bartlett 'Osprey' Second Early Seed Potatoes are a versatile variety of seed potato. When they harvest, large yields of flavoursome potatoes are produced. Their smooth, yellow skin, uniformity and attractive tubers has made them a more popularity in recent years. Use them in potato salads, for boiling, streaming and baking. They should be planted in March and harvested from June - July. Place them in a sheltered plot of the garden in moist, well-drained soil. If space is limited, growing them in potato bags is also suitable.

Second early varieties are chitted between 2-6 weeks before planting. Keep the rounded, blunt end of the seed potato facing upwards and under full sun. Once the shoots are around 3cm long (1 inch), move them into their final position - the ground or in potato bags. Plant them in a sunny spot as they're susceptible to frost damage so some organic mulch is advised. As they grow, mound the soil around the tubers or cover them with a layer of black polythene to keep them protected from frost. Water regularly.