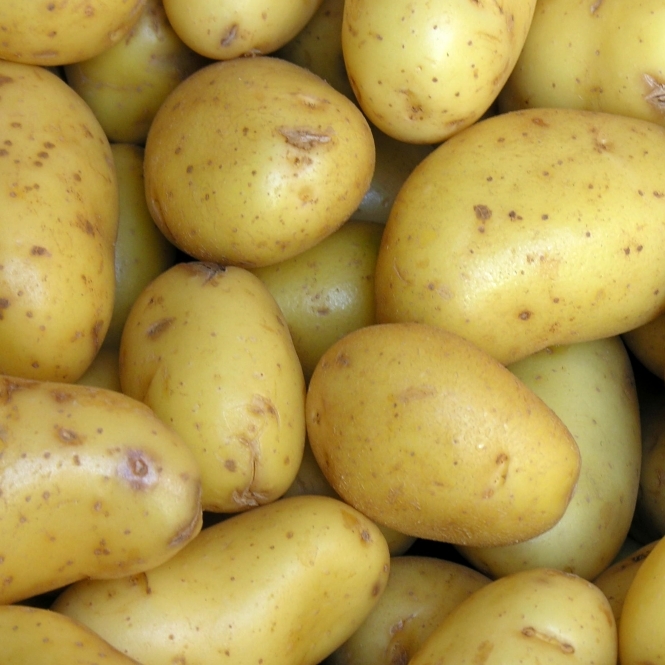 Lovely cream colour and uniformity define this second early variety of seed potato. This species is most notable for its even, oval shape, thin, waxy skin and full flavour when served hot or cold. The ‘Nicola’ is also a great option for planting later in the season or left in the ground longer for some fresh, garden grown potatoes around Christmas time. Its relatively shorter stem height and more compact nature make it a great choice for patio and container planting.