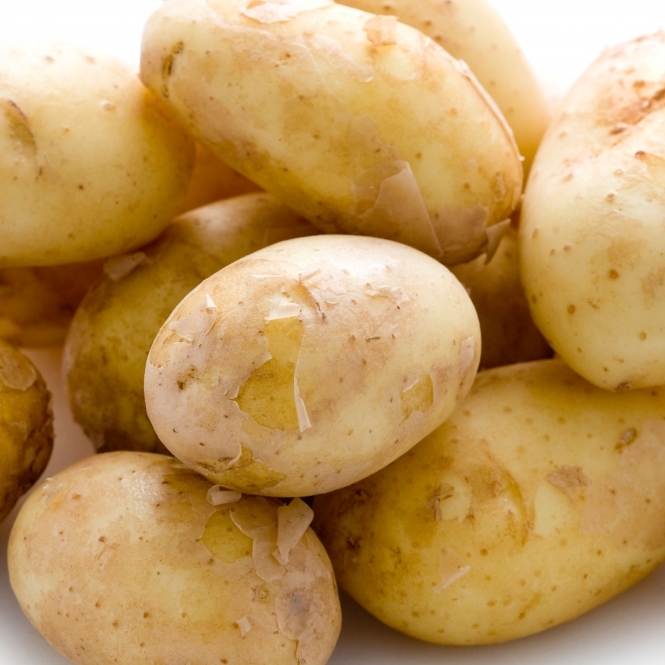 Rich, mellow flavour and firmness even after boiling or baking make the ‘Maris Peer’ variety a well-known breed of second early potato. The seed tubers may also be left in the ground a little while longer than other varieties, staying in the ground as late as October without issue. The potatoes themselves are slightly smaller than average, though yield is very uniform, and the colour remains bright cream-yellow even after cooking. ‘Maris Peer’ also produces small, scented purple flowers making it a great option for patio container planting.