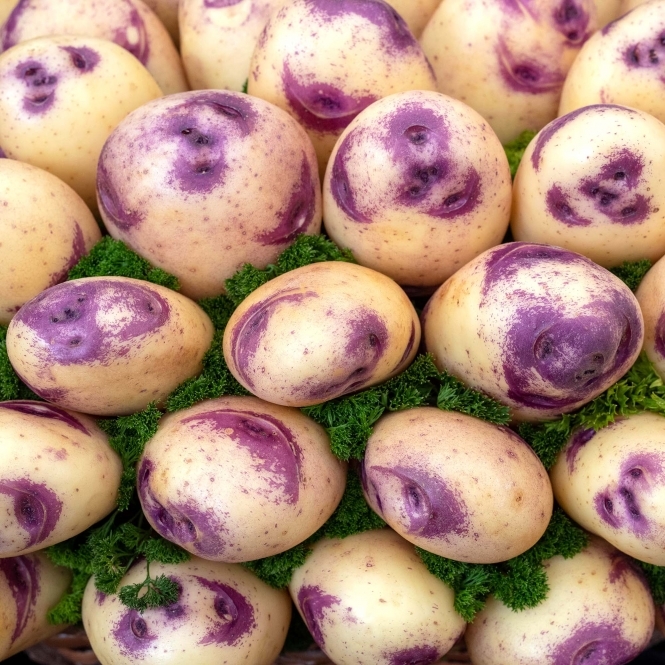 Kestrel is a second early variety of seed potatoes that are very popular due to their versatility, great colour, tremendous taste and resistance to slugs and golden eelworm. Each tuber has a smooth skin with lovely, violet eyes. When they harvest in Summer, they will bring their array of flavour to meals, whether that is by boiling, roasting and creating creamy mashed potato. They can also be grown well in grow bags on the patio with minimal fuss.