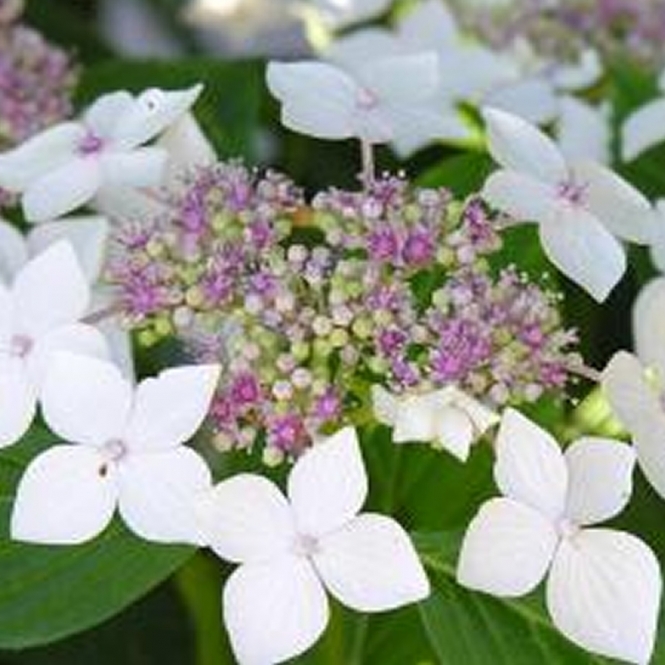 “Teller White” is one of the more colour-stable Hydrangeas. Regardless of soil pH, this plant exhibits delicate large, semi-cupped petals which are generally clustered on the exterior of the flowerhead, but also are interspersed. These large flowers often have hints of pink and overshadow their fertile and smaller counterpart florets, which are generally white to pink.

This shrub has a habit to grow in an oval or rounded shape. It is a medium-sized deciduous shrub with leaves that tend to be a darker green in colour. It is hardy in the UK and can tolerate most extreme winter temperatures down to -10⁰ C.

Hydrangeas prefer moist soils, so if they are kept in the sun, a planter’s box or tub, they should be regularly watered. As such, they do well in partially shaded areas.

Like many Hydrangeas, they are good to prune after the flowering season or at the beginning of spring before significant growth. However, they can also be aggressively pruned before the start of the season if the plant has become spindly or suffered severe frost in winter.