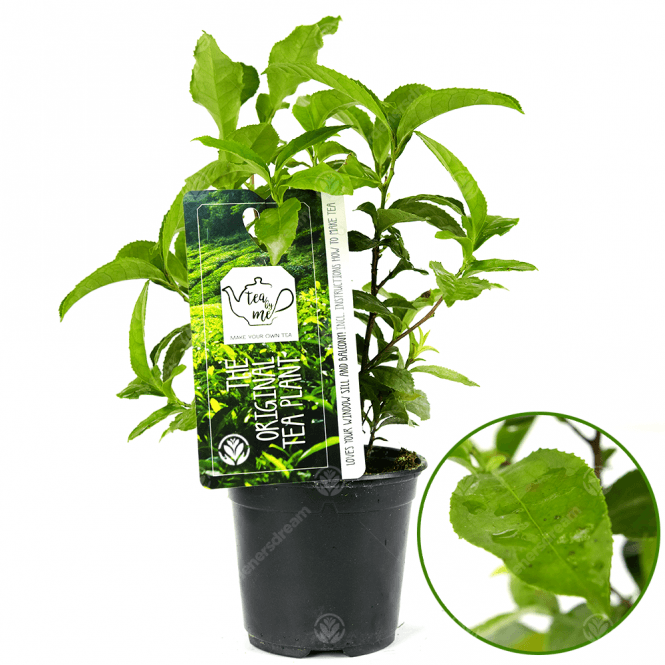 Most tea bushes are trimmed into a fan shape with a flat-topped ‘plucking table’ at a comfortable height. This permits the owner to pluck two very tender leaves and an unopened bud, known as the ‘tips’. (e.g. PG tips)

Tea leaves can be eaten and, in some cases, are recommended to be eaten as opposed to drinking tea due to the nutrient content being considerably higher when consumed as food. The tea plant’s leaves are dark green with jagged edges, and a sharp tip. The leaves are roughly ovate and alternate. Most leaves often have hairy bases and they usually grow to between 5 and 10 centimetres in length.

Flowers blossom in late September to early October and then again from late January to early February. Typical growth of a tea shoot occurs by a succession of flushes separated by short periods of rest. The Camellia sinensis’ flowers are white and fragrant, they grow on their own as well as also appearing in groups of 2-4 on short branchlets.

Tea is believed to have originated in west China. Today tea is grown in around 45 countries in the subtropics and in the mountainous regions of the tropics. Most tea is grown at a high altitude in a cool, moist mountain climate. It grows in many parts of Asia, Eastern Africa and Argentina.

Bought this to finally give a try at making my own tea - with a bit of research and patience had a good time in doing so, bit of satisfaction in making it my self and it's a nice looking plant in the kitchen window!