This site uses cookies to provide and improve your shopping experience. By continuing to use this site, you agree to accept these cookies.
For more information, please see our Cookies Page
More Info
Ok
Free Standard UK Delivery On All Orders
Express Next Day Delivery Is Available
Join Our 'Gardeners Club' Free For Great Offers 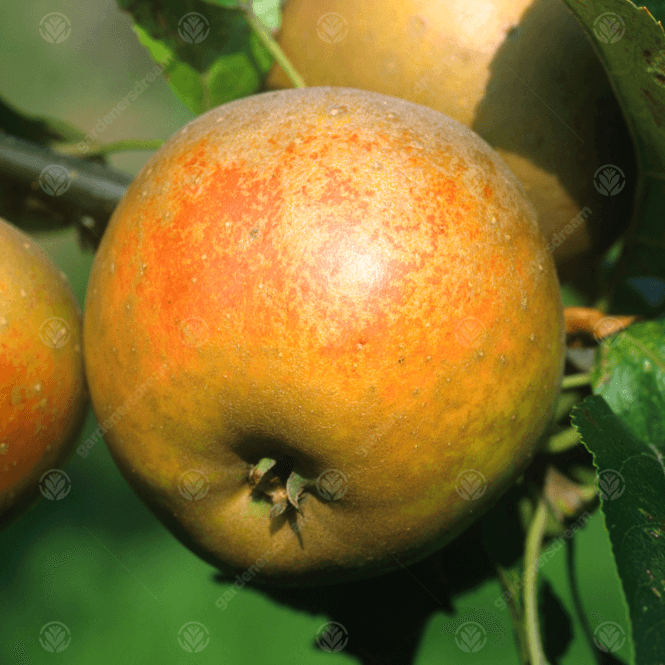 Egremont Russet Apple Tree (Dessert) fruits have a crisp, nutty but sweet flavour. The flesh is creamy with a firm texture and rather more moist than juicy. The skin of the apple has large patches of russet, giving it an interesting textured feel. This is the very popular russet variety found in green grocers and supermarkets.

Use Egremont Russet Apples in salads or serve with cheese. They hold their shape when cooked and make wonderful baked apples spiced with cinnamon and sweetened with honey.

Malus domestica 'Egremont Russet' comes from Sussex in the 19th century and holds an RHS Award of Garden Merit. It enjoys fertile and well-drained soil and is also frost tolerant, making it suitable for less favourable areas. To guarantee cross pollination, plant in a sunny, open site with another tree from the same or adjacent flowering group. The luscious fruits are ready for harvesting in late September and October.

We offer the Apple Egremont Russet as a rootstock M27. M27 is an extreme dwarfing rootstock that can be trained for containers, as a bush, pyramid, spindlebush, cordon and espalier. Plant with a spacing of 1.5m between the rows for best results in weed and grass free areas. When left unpruned it will reach heights of 2m in a 10 year period.