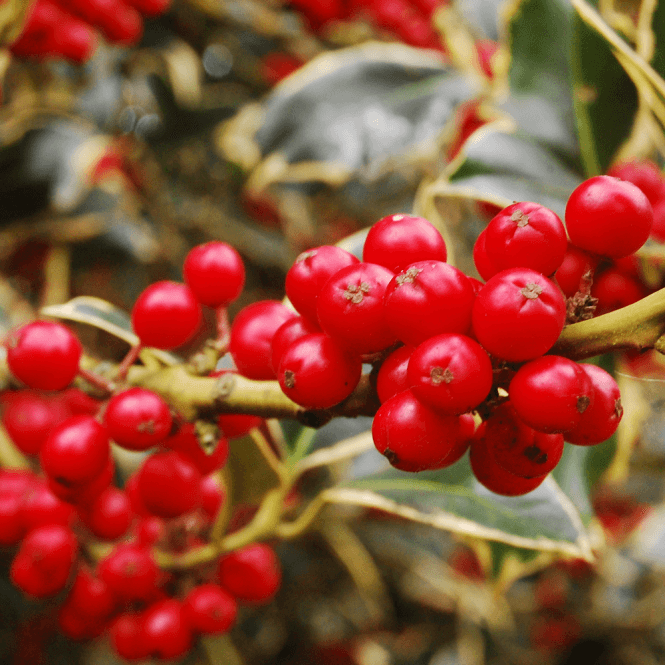 Ilex aquifolium ‘Argentea Marginata’ more commonly known as Silver Variegated Holly is an excellent medium-sized evergreen specimen tree, perfect for a garden that gets lots of sunlight. With its spiky dark green leaves bordered with cream this tree would thrive in an urban or coastal setting as it copes well with pollution and salt-laden air.

The Silver-Margined Holly produces masses of red berries in Autumn to Winter although inedible for humans, they are both attractive to look at and a crucial food source for animals and birds throughout the Winter months.

It is important to have a male holly near the female Holly to produce berries. This plant only requires a little pruning, to make great shapes for hedging. Simply remove any damaged branches in Spring or Summer. Trim the plant will help in keeping its shape compact.

Due to the Ilex aquifolium flowering late, also makes it incredibly attractive to Autumn butterflies and moths as most other plants have finished flowering for the year. Stems of the Holly are idea for Winter floral arrangements.

Be the first to review Ilex aquifolium 'Argentea Marginata' Tree. Write a review