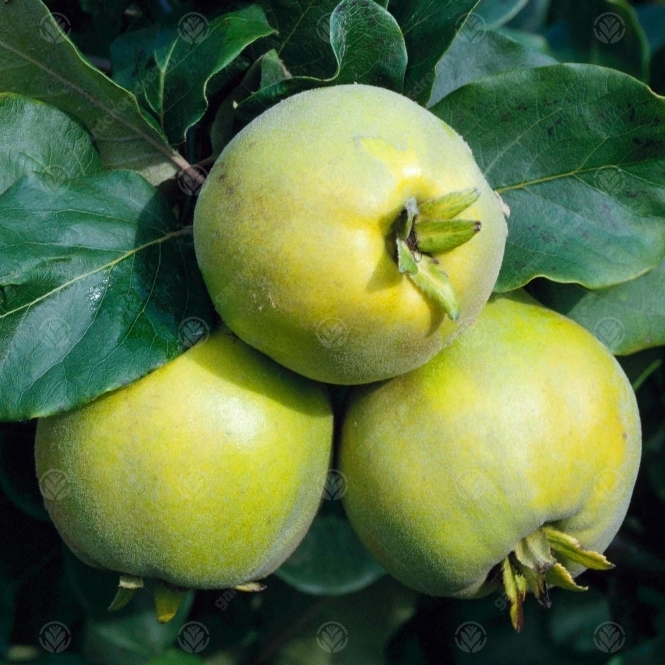 The Cydonia oblonga ‘Vranja’ commonly known as a Vranja Quince is a late-season traditional quince that is easy to grow in the UK particularly the South. The Vranja Quince produce large fruits that are wonderfully scented and almost gold in colour.

The Vranja Quince as well as being edible, is also ornamental due to its look and is often used as a centre piece in larger gardens. It flowers in Spring and accommodates a heavy crop of the fragrant fruit which can be picked in September and October.

The Vranja Quince is a large deciduous tree with a broad crown. It has ovate leaves which are grey on the underside, pink tinged flowers appear in the Spring followed by large green pear like fruits which become golden-yellow once ripe.

The Cydonia oblonga ‘Vranja’ is self-fertile so there are no other trees required for pollination. It also has a strong frost resistance which assists in softening the fruits.

In ancient Greece, the Quince was considered a ritual offering at weddings. It is said to have arrived from the Levant with Aphrodite and remained sacred to her.

Be the first to review Vranja Quince Tree. Write a review