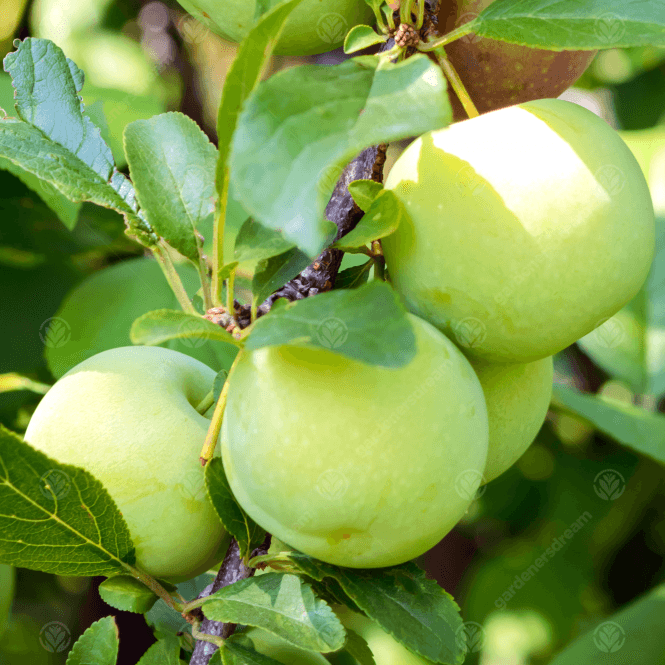 The Oullins Golden Gage is a mid-season French gage with the traditional gage flavour, unlike most gages that thrive in warm climates, Oullins Gage prefers and thrives in a cooler climate of the UK and Northern Europe.

The fruit is particularly large by gage standards, resembling a small plum. It is an attractive golden colour with speckled red top. Oullins Gage is great eaten fresh or used in cooking. When eaten fresh, the flesh is sweet and gage-like and is considered better than most plums that are sold in shops.

The tree itself has a high rate of growth and despite not being a heavy cropper, it is regular from year to year with the quality and versatility of the fruit.

The original tree was discovered in the 1850’s in Coligny, near Lyons. The first person to sell this tree commercially was Monsieur Massot, who decided to name it after his hometown of Oullins.

Be the first to review Oullins Golden Plum Tree. Write a review