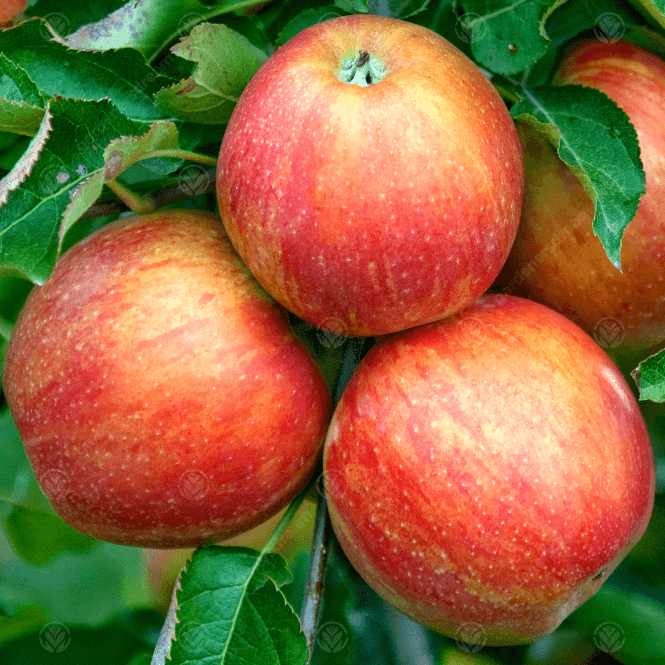 The Malus domestica ‘Jonagold’ is a late-season popular American variety of apple, with a rich fragrant flavour. The Jonagold apple inherits its ability to be stored from one of its parents the Golden Delicious, however it gets its excellent flavour from its other parent the New York apple, Jonathan.

The fruit is large and with a red flush and stripes, with a crispy honey taste. Jonagold is a versatile apple, as well as being delicious when eaten fresh, it is also very popular when it comes to cooking and juicing. The Jonagold crops regularly and heavily, the apples store well and can be used from November through to January/February.

Be the first to review Jonagold Apple Tree. Write a review