This site uses cookies to provide and improve your shopping experience. By continuing to use this site, you agree to accept these cookies.
For more information, please see our Cookies Page
More Info
Ok
Free Standard UK Delivery On All Orders
Express Next Day Delivery Is Available
Join Our 'Gardeners Club' Free For Great Offers
SALE - 25% OFF! 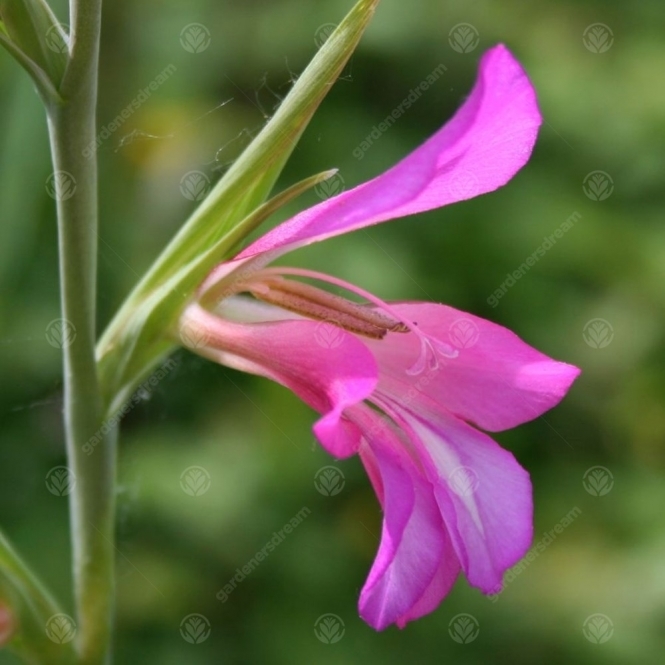 Gladiolus Italicus produce 5-20 flowerheads on a scape or central stalk. Blooms are vibrant pink shades and have long petals with occasional white streaking and accents towards the middle of the petals. Foliage is of a narrow, lanceolate shape with mid-green colours.

Tall stalk with multiple flowerheads that are scented and bright pink, Gladiolus Italicus is a very showy flowering plant that rises up to demonstrate its beautiful blooms. Perfect for naturalising woodland or rustic garden setting, Gladiolus Italicus also grows well as a highlight in a bed or border and can be grown in a large pot or container. Makes an interesting addition to a flower arrangement as a cut flower.

Within the family of Iris, Gladiolus Italicus exhibits several characteristics of these blooms including zygomorphic symmetry in which the flowerhead is similar to a reflected half of the flower across a vertical plane. Simply the left and right halves are mirror images of each other, while the top half of the flower is similar in colour but with broad petals and the bottom half has narrow, elongated petals.

Be the first to review Gladiolus Italicus. Write a review