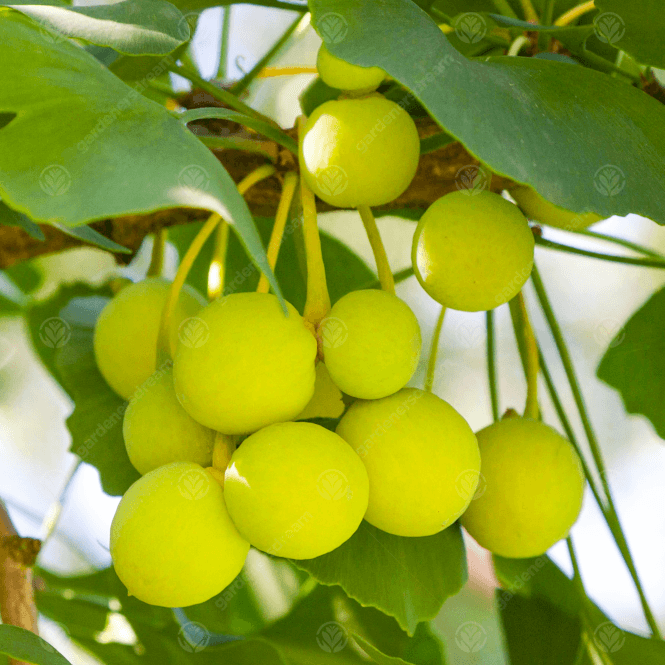 The Maidenhair Tree has an unusual fan shaped foliage which is light-green to begin with, then transitions to bright green and then eventually yellow in the Autumn. The leaves are also often split in the centre into two lobes, hence ‘biloba’.

This tree is now unique as it no longer has any living relatives, as well as having features that are unusual and very distinctive. The Ginkgo biloba is considered both an ornamental and a shade tree, as it features an expanding canopy capable of blocking sunlight but also adds visual interest and is a stunning attribute to any landscape.

The Ginkgo biloba is also used as a popular supplement as it contains high levels of antioxidants which provide protection to cells. Researchers believe that Ginkgo extracts improve cognitive function as it stimulates a healthier blood flow to the brain and protects and helps prevent neurological damage.

Be the first to review Ginkgo biloba Tree. Write a review