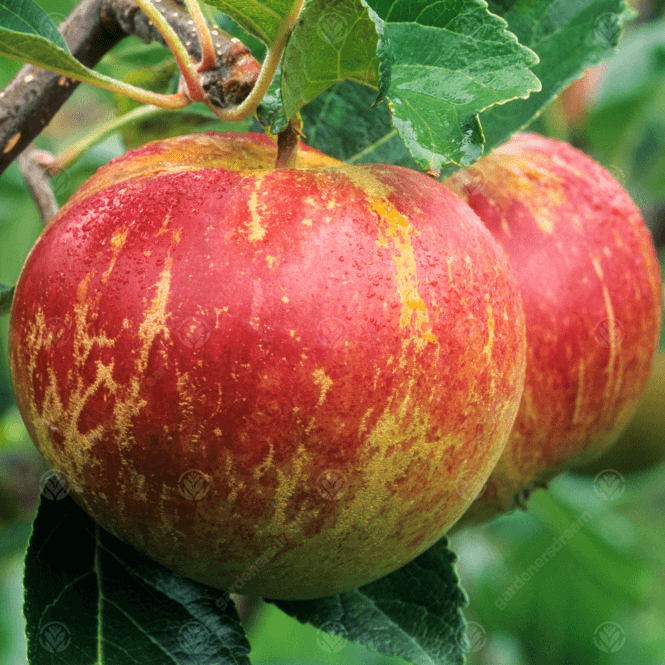 The Malus domestica ‘Fiesta’ is a late-season dessert apple, it is the most commonly used and one of the best for juicing. The Fiesta produces a bountiful amount of juice, that is particularly sweet, rich and sharp in flavour.

The Fiesta was raised by the distinguished Dr Frank Alston in 1972.

Be the first to review Fiesta Apple Tree. Write a review