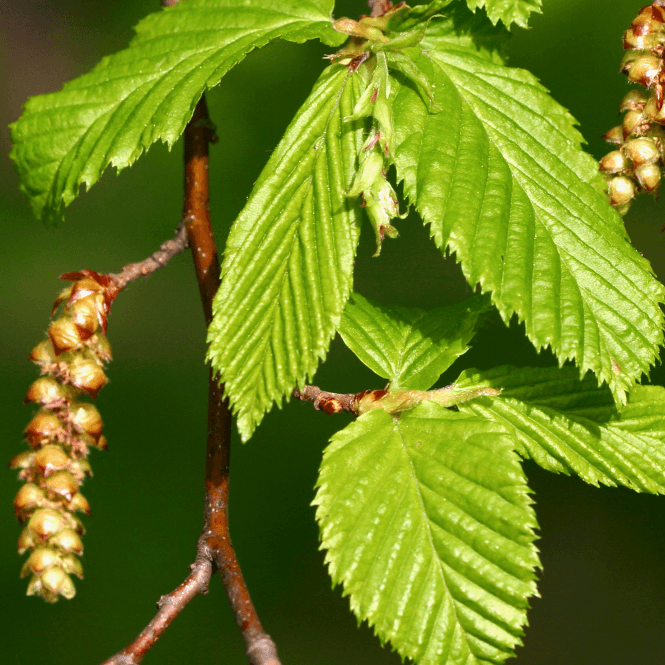 The Carpinus betulus more commonly known as the Hornbeam is often confused with the common Beech with similar shaped leaves, however, Hornbeam leaves are smaller and more deeply grooved than Beech leaves.

The Hornbeam is monoecious, meaning that both female and male catkins can be found on the same tree. After pollination, the female catkins progress into delicate, green winged fruits, known as Samaras. Small birds and mammals feed on these Samaras throughout the Autumn.

The leaves of the Carpinus betulus are ovate, ridged with sharp tips and have a slightly pleated appearance. They become a golden amber colour before falling in Autumn.

In Old English, horn-beam meant hard tree. The Hornbeam’s wood has been used to manufacture cart wheels, mallets, chopping blocks and piano parts. The wood from the Carpinus betulus also makes valuable firewood as it burns slowly and is hot enough to smelt iron.

The Carpinus betulus has historically been used in medicine like most of Britain’s native trees. The bark can be boiled up to treat muscle pain and its leaves have been used to heal wounds and stop bleeding.

Be the first to review Carpinus betulus Tree. Write a review